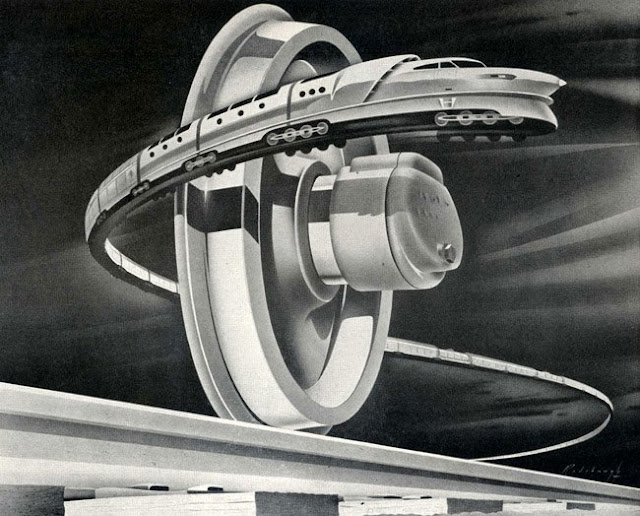 Shims and Oil Seals - It's what National Motor Bearing Co. in Redwood City, CA. produced. NMB manufactured their products for transportation - trains, planes, automobiles, ships, subs - basically, anything that moved. It was a key player in the defense industry during WWII. NMB was a proud company and very forward looking. During the 1950s, the NMB plant in Redwood City was considered one of the most high tech operations around. There was one man who has been credited as the main inspiration for this futuristic image - creative genius and master artist Arthur Radebaugh. Radebaugh worked in the Marketing and Advertising department between 1951 and 1955. Below are some of the details from various adverts created by him. The man wasn't just a commercial artist - he was a futurist with a limitless imagination. 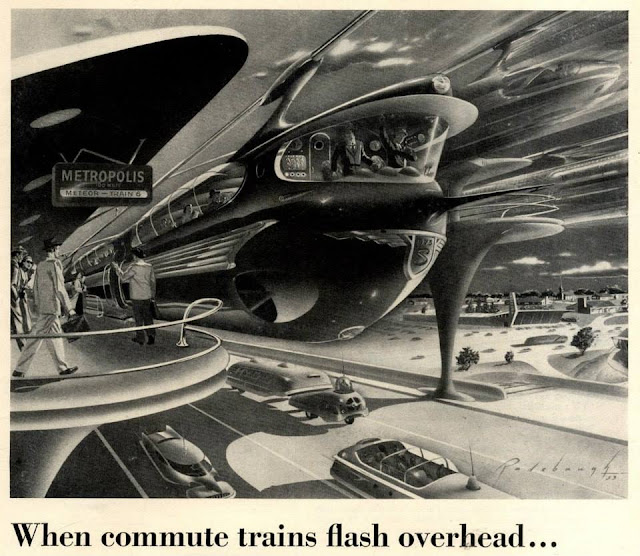 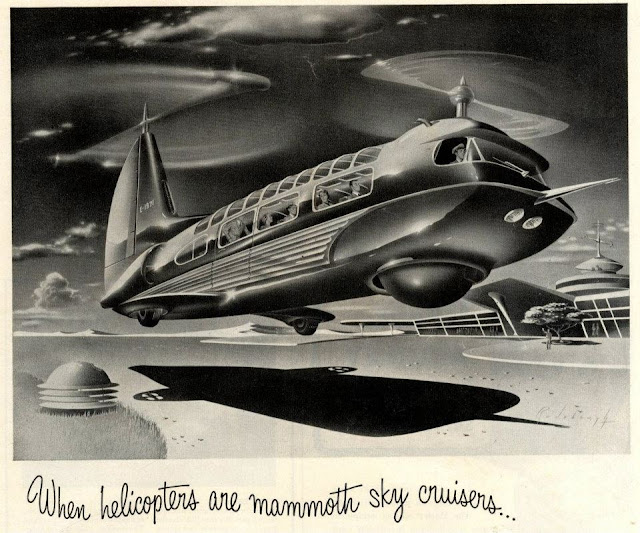 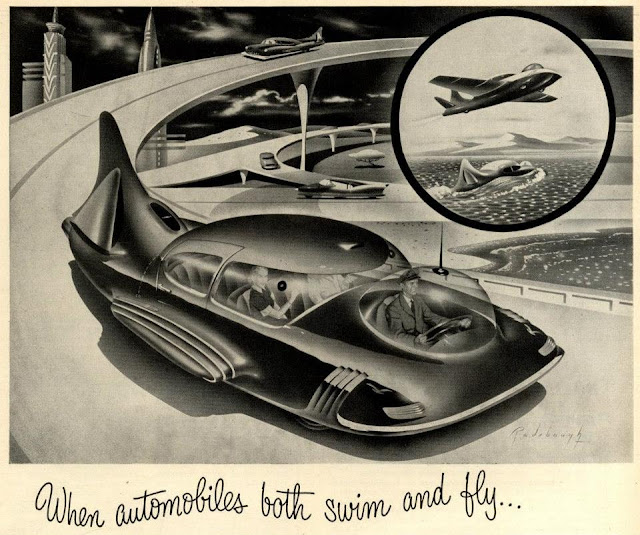 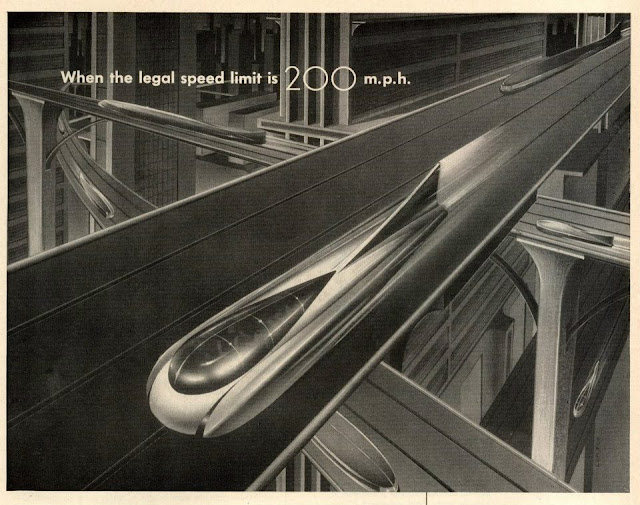 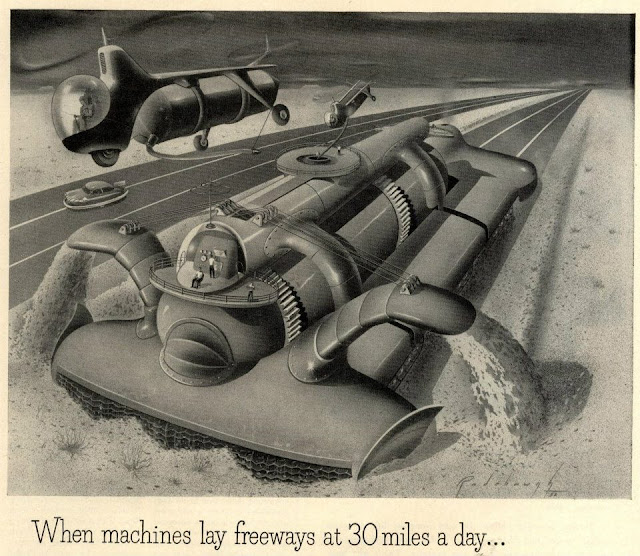 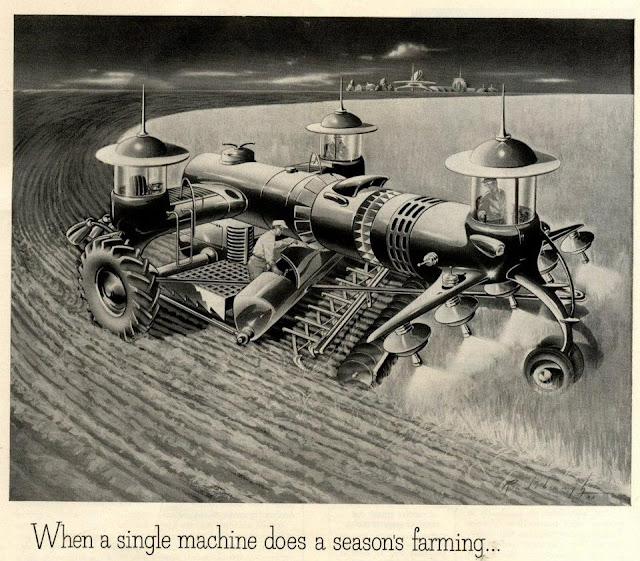 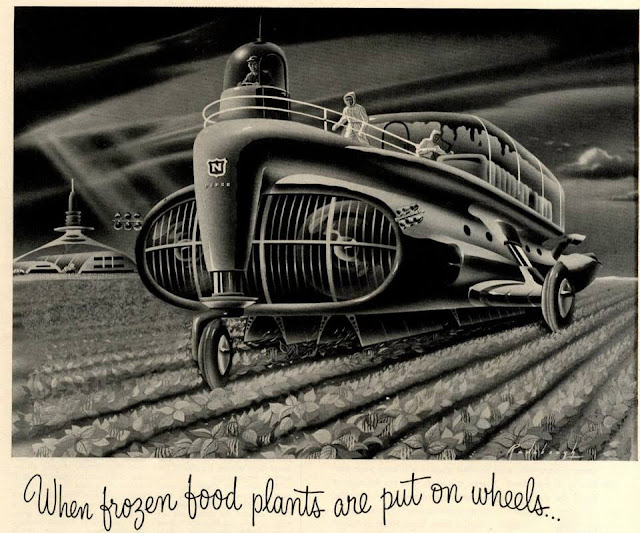 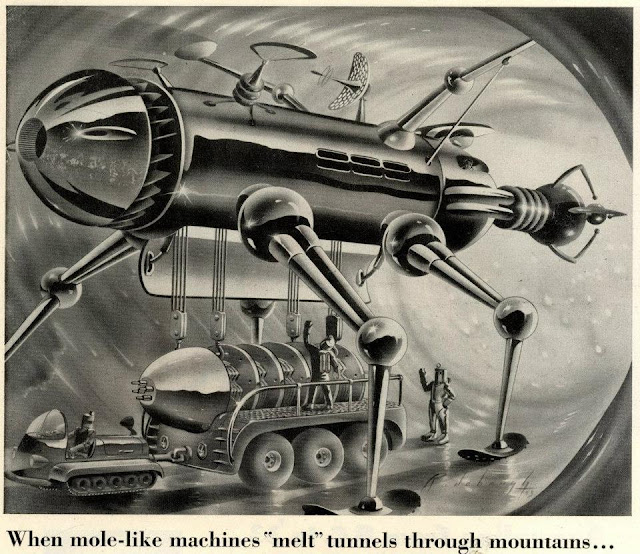 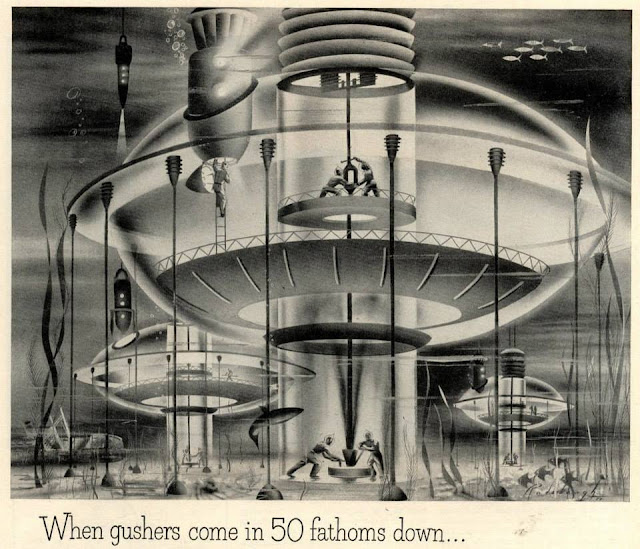 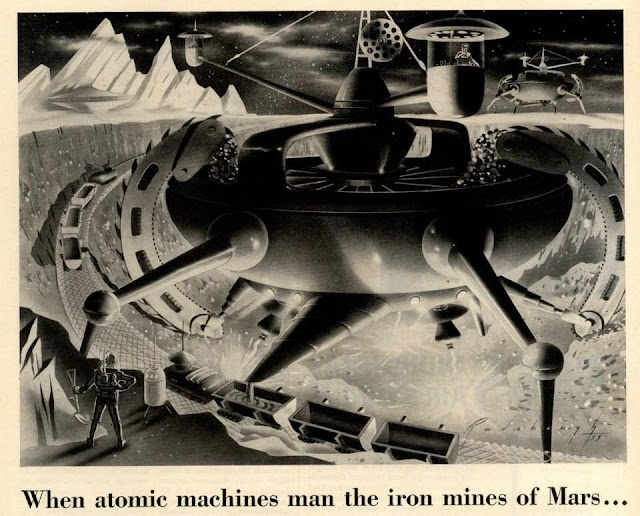 Research - on this planet: 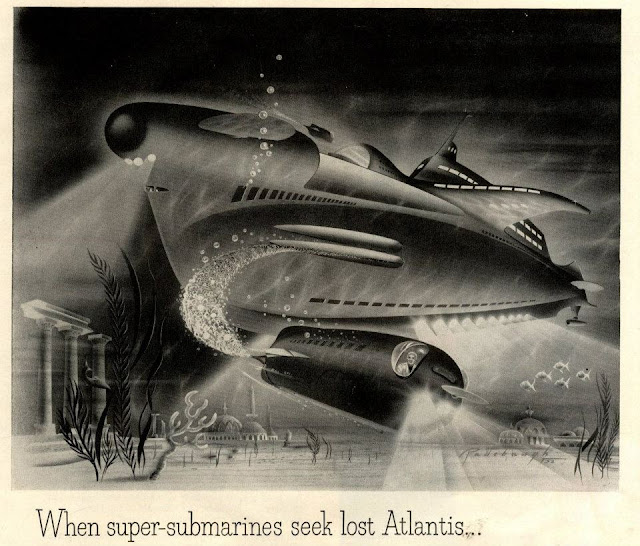 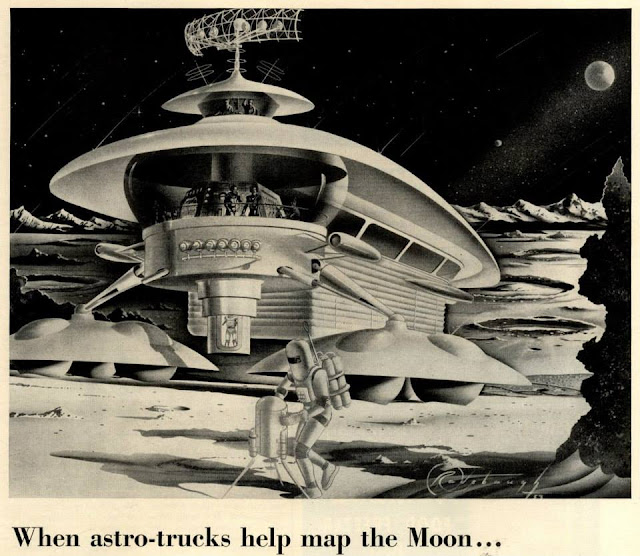 And here's one last concept that is already in use in our time: 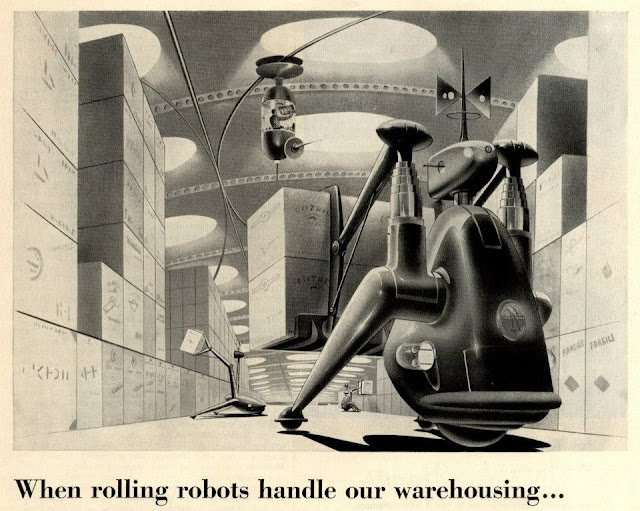 Arthur Radebaugh had a whole lot going on in his head. To read more about this brilliant man, and see more of his other works, click here.

(h/t to Atomic Samba for the images)