The U.N.C.L.E. GUN - A Cold War Weapon That Keeps On Giving

U.S. Operative Napoleon Solo and Russian Illya Kuryakin participate in a joint mission working for U.N.C.L.E. (United Network Command for Law and Enforcement). They battle a mysterious international syndicate known as THRUSH (Technical Hierarchy for the Removal of Undesirables and the Subjugation of Humanity), which is working to proliferate nuclear weapons.

That's the set-up. Below is a screenshot of Solo during a tense moment in The Iowa Suba Affair episode. He's holding the much coveted U.N.C.L.E. GUN - in this shot it's a Mauser carbine. 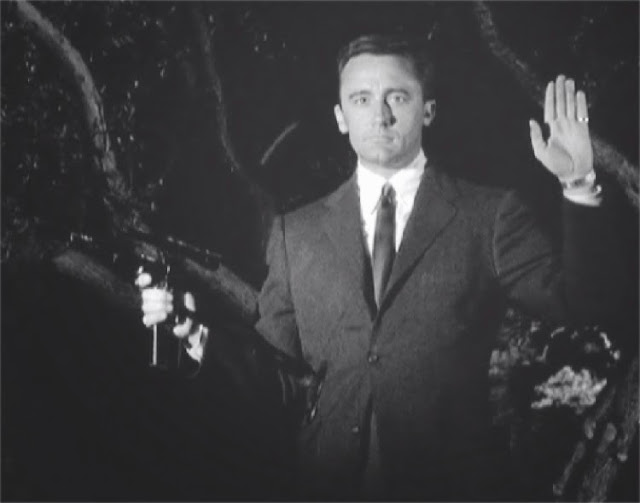 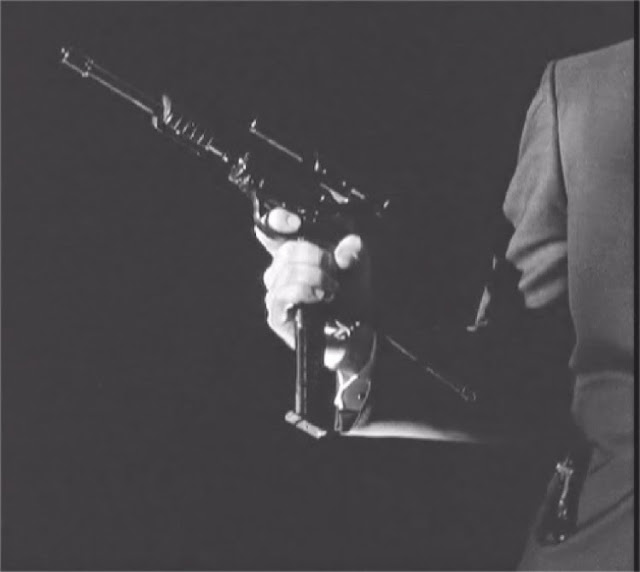 That's a neat bit of trivia pointed out by Brad Ferguson - the master craftsman at U.N.C.L.E. GUNS, the go to place for fab replicas. Like this P38 carbine: 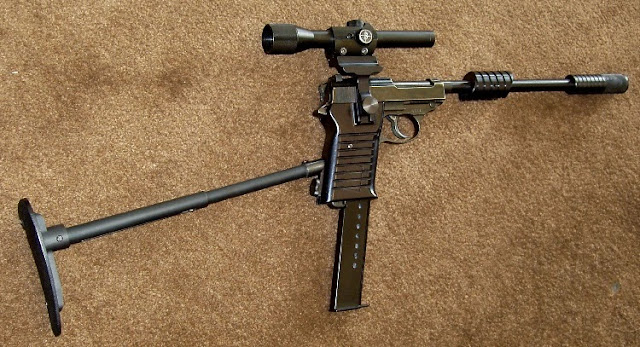 It could be the real thing, yeah? If a collector wants one it'll cost a nice chunk-a-change. The all metal semi-auto blank gun (which fires 8mm blanks) alone sells for $575.00 - that's not including all the extras that make it the carbine version. Still, for a super-agent U.N.C.L.E. collector, the price is reasonable for this fab work of craftsmanship.

And then there's this...

It's the 1965 Man From U.N.C.L.E. Napoleon Solo Gun set! The toy weapon was designed by Reuben Klamer, and his staff at Toylab studios and marketed by Ideal. Rather than being based on the Walther P38 or the Mauser, this gun appears to be more of a standard .45 automatic. This kit has it all - the cap gun that 'Converts Into Rifle With: Stock, Silencer, Telescopic Sight, [and] Bipod' and it comes with an U.N.C.L.E. No. 6 plastic badge and a 'United Network Command For Law And Enforcement' membership card. Below is the listing from a 1960s Wards' catalog. Their version came with a holster. Notice the price.

The instruction sheet gives details on how to lock and load the caps clip, and the cleaning of the gun. Of course there's a nice detailed accessory assembly graphic as well. 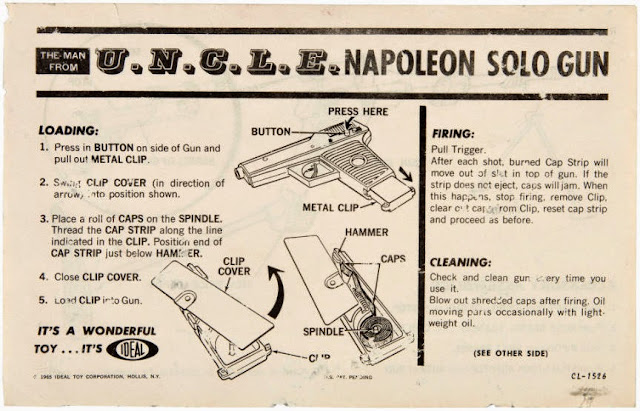 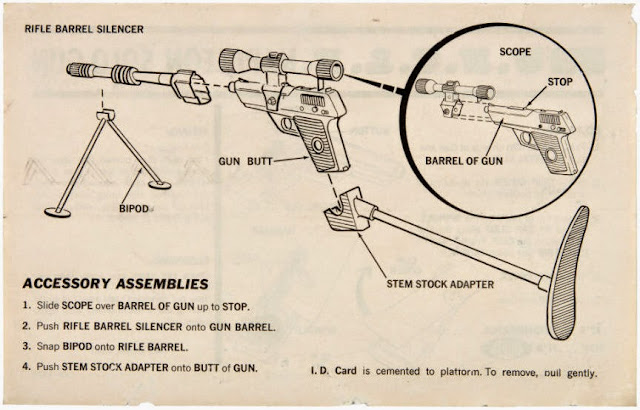 So there it is. The moral of the story: Cold War weapons, real or imagined, are pretty damned expensive.
Posted by Unknown at 8:17 AM